In an attempt to combat inertia, frustration, and generally feeling like crap about the non-progress on my house, I decided to set myself a challenge. No matter how long it takes, with no limits as to which room, or rooms, I tackle, I will fill five bankers’ boxes with stuff.

Here are the boxes, all built and ready to go: 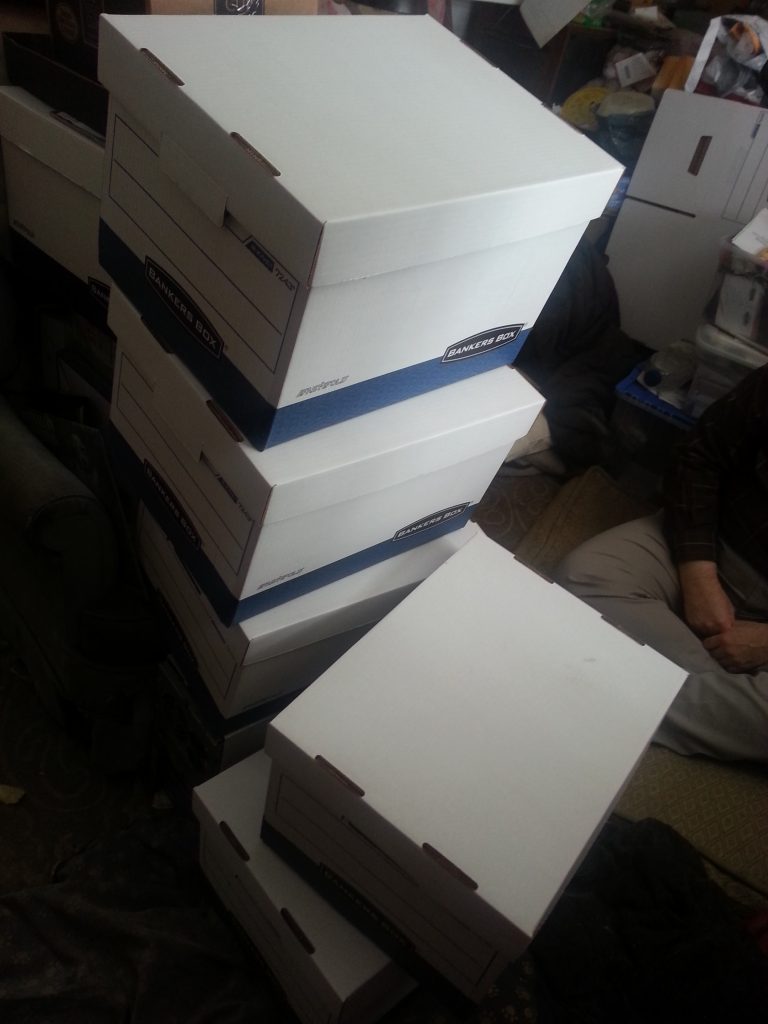 And, an hour and a half later, here are the Filled Five (just to prove that I didn’t simply move the empty boxes and take another picture): 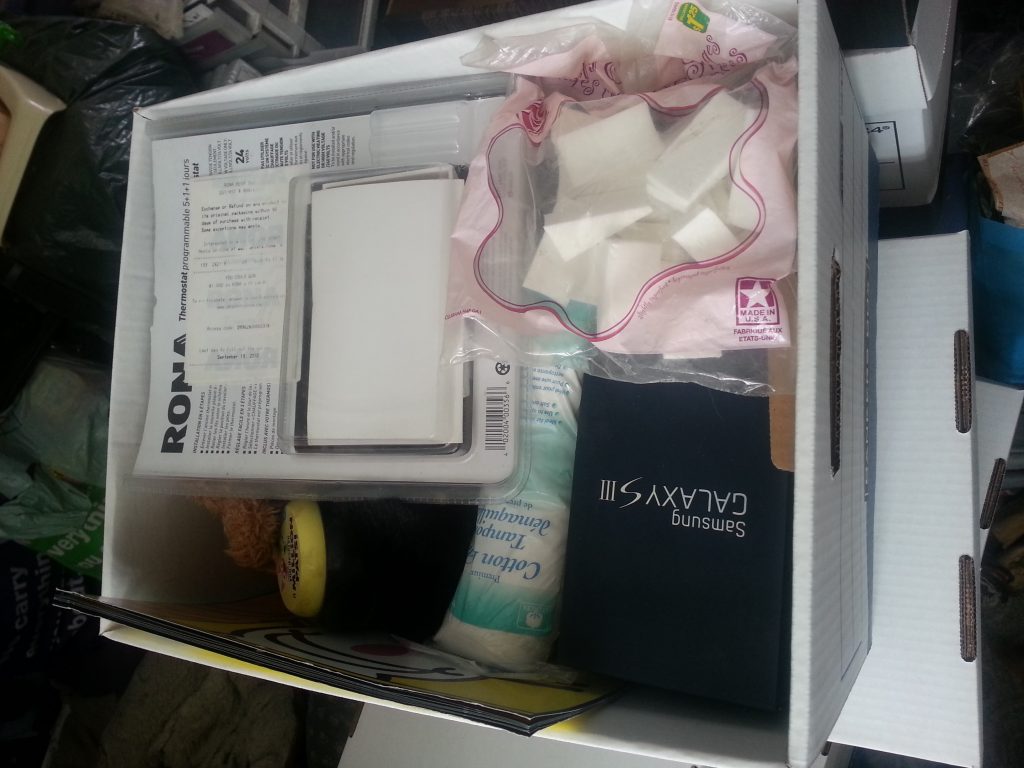 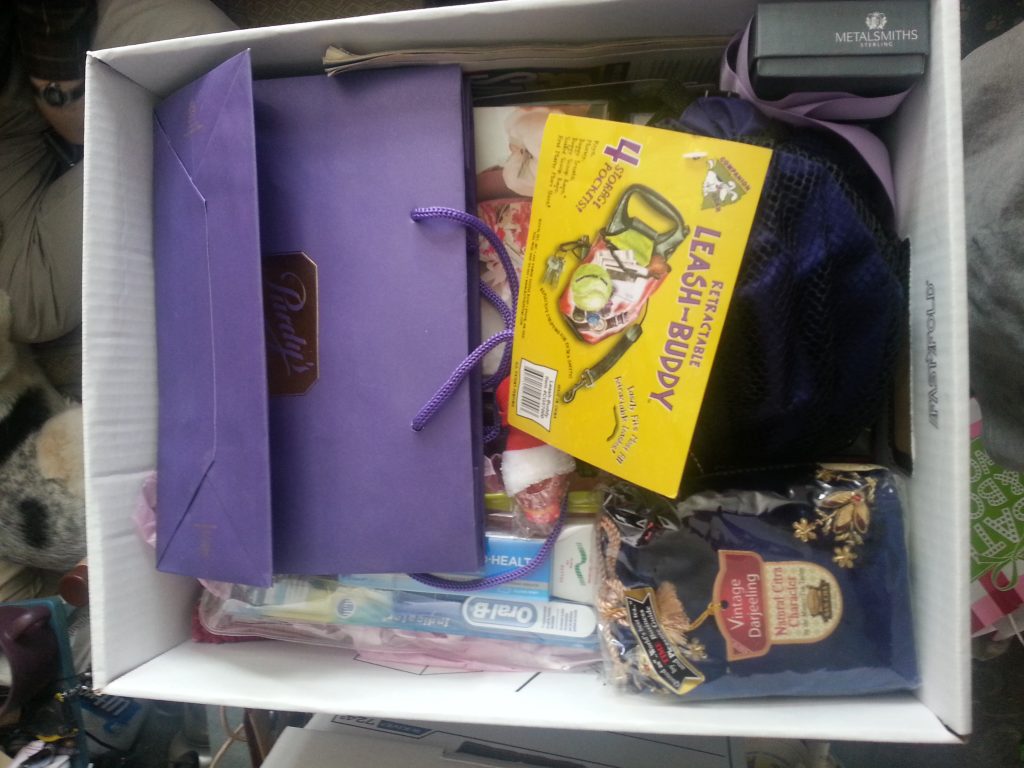 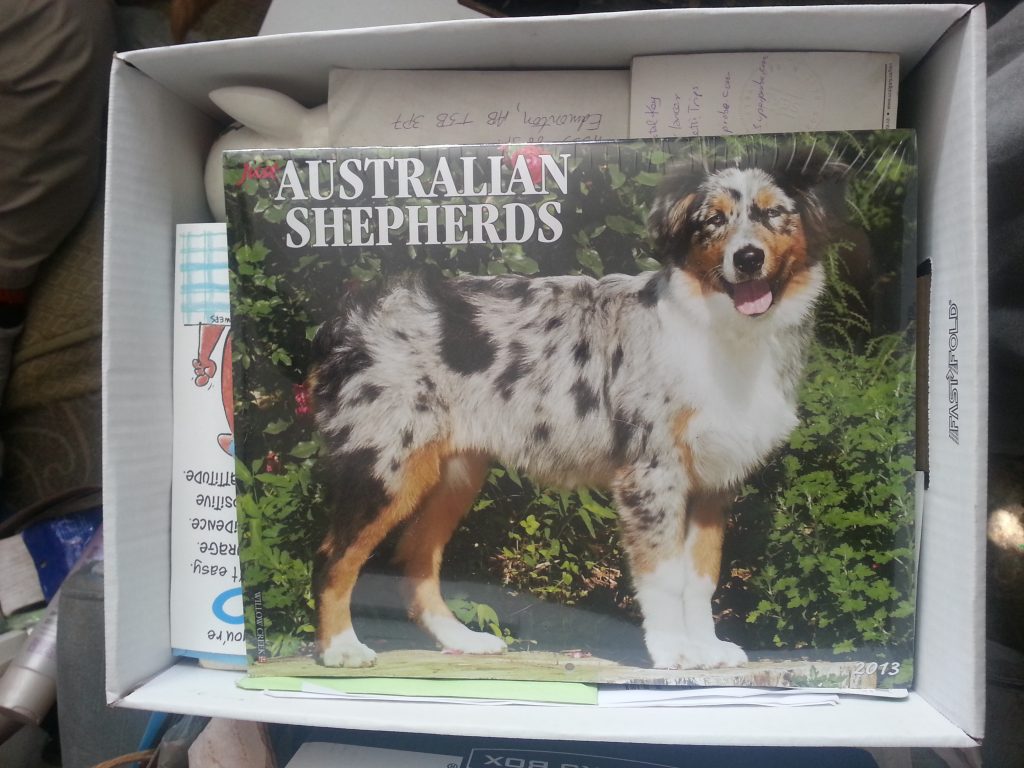 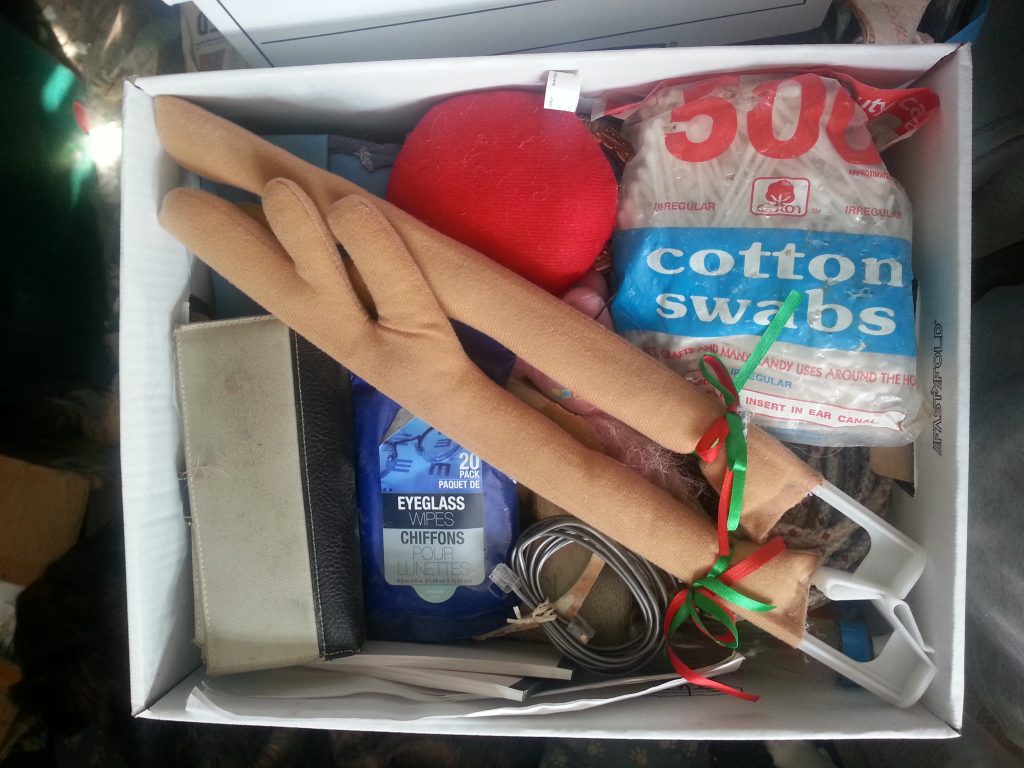 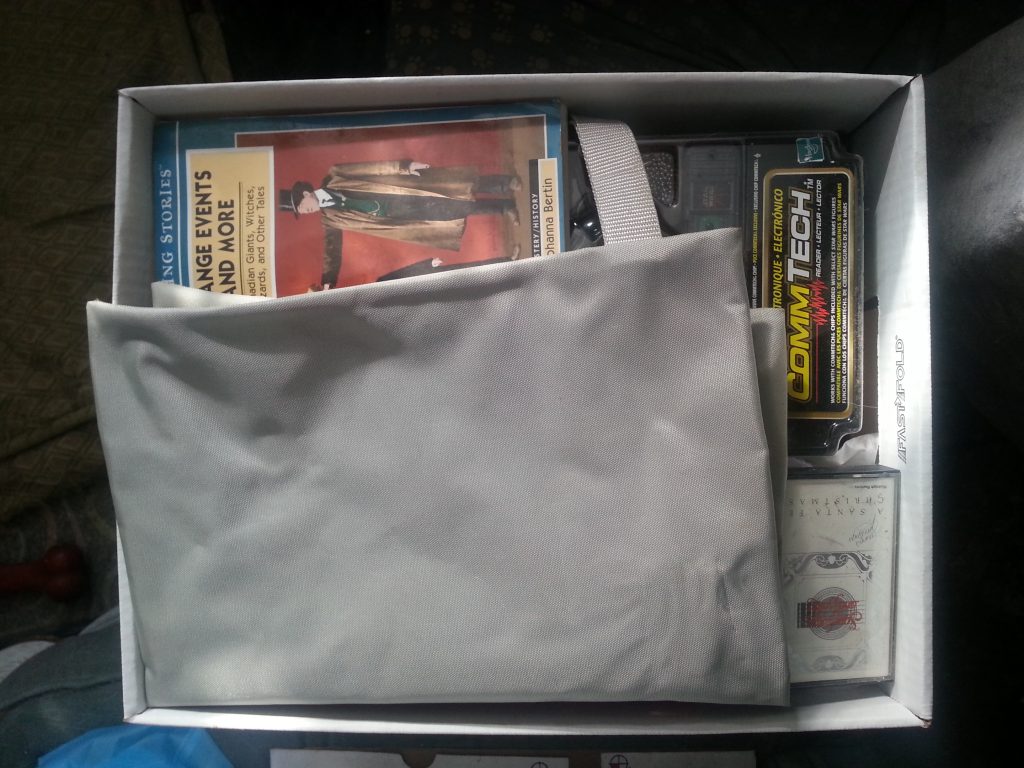 The stuff comes from the kitchen, the living room, the studio, the hallway, you name it! I was getting a bit twitchy by the last box but it’s done! Special thanks to JD for his patience and for various salon services (combing and nails) provided to the dogs during the boxing. And apologies for the hair shirt that resulted.  😳