Alright, just to get it out of the way because it bugs me, here’s a “before” pic of the chair that will be tackled :struggle: : 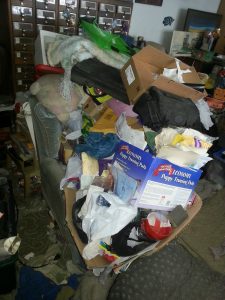 We didn’t really get to that last weekend as planned.  We got a brief start on it, then I had a meltdown, so we quit.  I pecked away a bit at the kitchen for about 30 mins while JD stayed safely out of the way (wise man).  I’m rather pleased that it was the first meltdown of the last month and a half; I’d expected there to be more.  I blame it on poor sleep over the previous few nights and the fact that I was already worn out from the successful completion of The Gate Project, Part I immediately prior to attempting the chair.

The Gate Project, Part I

Due to a combination of enthusiastic tree growth and ground heaving, my gates have become increasingly difficult to open of late.  It had reached the point where the south one was almost immobile.  This is not a good thing, because it means I can’t get my vehicles out of the yard.  So, with that in mind, I hit upon what I like to humbly think of as a brilliant plan — move the gate hinges up!  Y’know what?  It worked like a damn!  Here are the before and after pics. 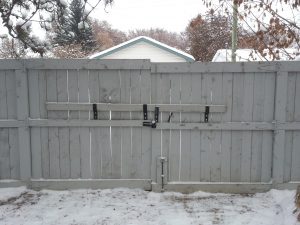 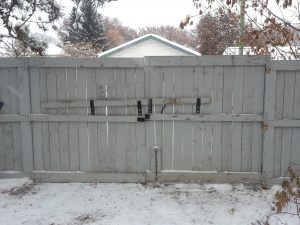 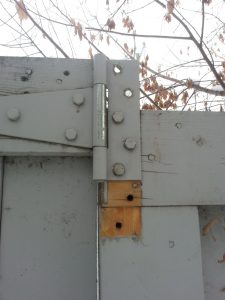 The south gate now swings freely with a couple of inches to spare, even if it looks a little odd.  Once the weather warms up a bit, we’re planning on doing the north gate, too, but it’s not bad enough to brave -18 C temps.  I’m so glad that the security bar still fits; I had been fretting about that.