This is going to be a multi-day project, so I thought I should introduce it.  If I waited until it was done to post about it I’d be posting for a non-existent audience, since you’d all have gotten bored and gone elsewhere.  Besides, telling you about it ups the guilt load, so it’s more likely to get done.

This is another kitchen project.  I’ve decided to regain access to the microwave, or at least access that doesn’t involve balletic leaps and standing on tiptoe on one foot.

Without further ado, here’s the before: 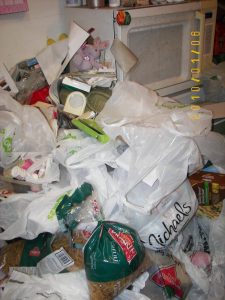