Well, now that the front has been tamed, I decided to move the dog ‘n’ pony show (i.e. me ‘n’ the lawnmower) into the back yard. The grrrlz were safely locked in the house for this, trust me.

Mowed weeds, before and after: 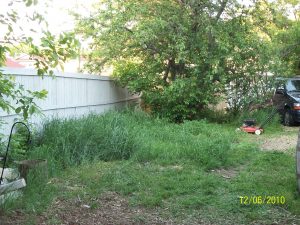 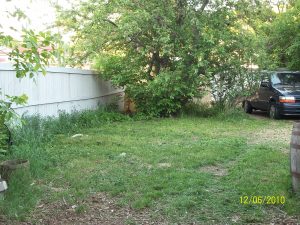 I forgot to take a picture of the knee-high dandelions behind the shed before immolating them.  I’ll let you use your imagination.  BTW, that’s the aforementioned Anniversary Mower in the “before” pic.  I’d already trimmed some in the front of the pic and had started by the trees before I thought to get the camera.

The verdict on the vinegar consists of mixed reviews.  On average it has a 40-60% kill rate; grass doesn’t seem to notice much, however thistles will turn to black mush in about 30 minutes or less. Looks like it’s a fairly species specific herbicide.  Sadly, it’s looking like I’ll have to revert to RoundUp. 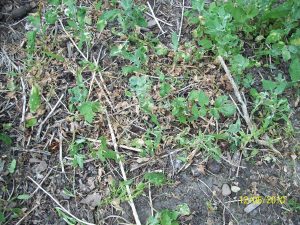 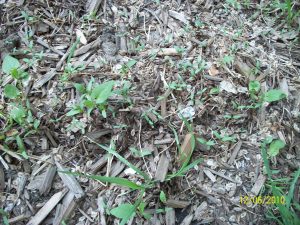 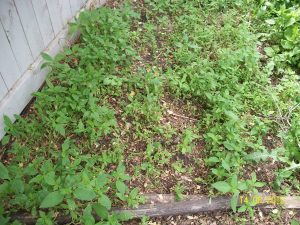